Heat. Sweltering heat. And beneath the surface, a pulse. Tha-thump, tha-thump: a sign of life. In the words of Bengali poet Rabindranath Tagore, “The same stream of life that runs through my veins night and day runs through the world and dances in rhythmic measures.” These same lyrical connections give life and heart to Nadeem Zaman’s short story collection, Up in the Main House.

Time has passed quickly for the people of Dhaka; the city has rapidly become more global and industrial, but also more fraught with conflict. The city grows increasingly crowded, as the population grows more divided in the aftermath of the Bangladesh Liberation War. Religious and ethnic groups continue to clash as they demand for different versions of justice. The pressures of modern society have started to fracture traditional family structures and challenge the old ways of life. This tense backdrop creates a sense of tumult, which is compounded by Zaman’s representation of a culture caught in between the status quo and radical change, between past and
present.

In each of the seven short stories set around modern Dhaka, Zaman emphasizes the personal connections that lead his diverse cast of characters to the thresholds of vastly different worlds. There, loyalties are tested by pride, finances, and sexual allure. The central figures in these stories belong to the working class and include cooks, widows, farmers, caretakers, and night watchmen. As his characters cross into new territories, Zaman embarks on a similar journey, delving into the complex psyches of his main characters with incisive grace. Through this exploration, he reveals the injustices of social stratification as well as the wisdom and importance of these vital members of society who are often overlooked and unheard.

For example, in one story, a distressed housewife joins an outraged political demonstration. A poor farmer travels to the city to beg a renowned judge for the protection of his endangered daughter. A married man ends his affair with a movie star and winds up at the end of a blade. In the titular story, “Up in the Main House,” the two opposing worlds are embodied in the servant’s quarters as opposed to their employers’ mansion. When Anwara, a strong-willed servant woman, ventures into the mansion in the absence of the owners, she crosses into another world and adopts another persona there. She begins donning the Mistress’s clothes and sleeping in her bedchambers, thus imaginatively transforming into a wealthy woman. By literally stepping into another’s shoes, Anwara is finally able to better understand and empathize not only with her domineering Mistress who strives for respect and independence in a patriarchal society but also with a desperate thief who attempts to steal from the household. In bringing Anwara to life on the page, Zaman highlights the social hierarchies and inequities amongst the genders and social classes.

In the subsequent stories, Zaman draws further attention to the dangers of social stratification, showing what happens when society unjustly values some lives above others. Women are at a significant disadvantage. They are treated like objects, belonging to a husband and a family they did not choose. There are few protections and opportunities for them outside of the household, and they are blamed for every unfortunate occurrence from male infertility to their spouses’ untimely deaths. In “The Father and the Judge,” the protagonist, Shamsher Ali, laments that he cannot interfere in his daughter’s abusive marriage because his son-in-law has the “birthright to run his house the way he [sees] fit,” even if that means beating and killing Shamsher Ali’s daughter. Thus, the dangers of the patriarchy are revealed, and Zaman shows how this kind of marriage tradition perpetuates the oppression of women. Furthermore, Shamsher Ali indicates that the police are unlikely to help him because “‘Without money, they have no ears for people like me.’” In the final story, “The Forced Witness,” this inequity between social classes is even more explicit; Zaman’s writing conjures a parallel between the poor and downtrodden of society with the earlier image of a helpless cockroach squashed underfoot. The story ends on a bleak note, and readers are left unsure of whether the main character, who was battered by law enforcement agents, will survive.

Zaman’s style of writing and storytelling also evokes a sense of limbo. In the first story, he describes the night sky: “the inky mass… allowed for a cluster of stars over the roof of the neighbor’s house to blink and pulse. There was the phantom glow of an unseen moon.” Each of Zaman’s stories mimic this eloquent description. The main thrust of action pulses on the page, and striking details and images sparkle like diamonds—like chipped teeth and unmowed lawns. However, the stories end before the conflict can be cleanly resolved, leaving the phantom glow of potential futures that can be felt long after the book is shut and shelved away.

Up in the Main House is an intensely moving examination of the lives of lower- to middle-class Bangladeshis as they contend with outdated traditions and impending social change. However, even as Zaman displays systemic injustice, he also draws readers into the spirit of protest, leaving them with not just the weight of reality but also a hopeful glow—the kind of passion that starts movements and creates change. 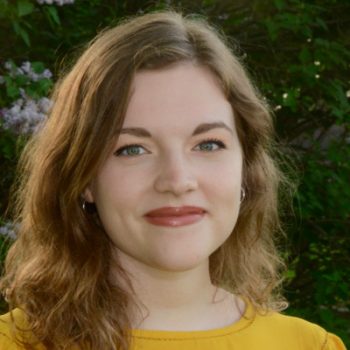 Hannah Woodruff is an emerging writer and editor pursuing a double major in English literature and Fiction Writing at the University of Pittsburgh. Hannah serves as the Editor in Chief of Collision Literary Magazine as well as a peer tutor at the University of Pittsburgh’s Writing Center. She has written for The Lititz Record Express and CAPA: The Global Education Network, and her work is also forthcoming at Sampsonia Way. 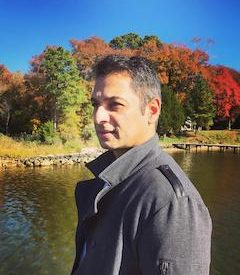 Nadeem Zaman is the author of the novel In the Time Of the Others (Picador India 2018). His fiction has appeared in journals in the US, Hong Kong, India, and Bangladesh. He has a PhD in Comparative Humanities and Literature from the University of Louisville. Born in Dhaka, Bangladesh, he grew up there and in Chicago. He lives in Maryland where he teaches in the English department at St. Mary’s College of Maryland.