RE Katz’s novella, And Then the Gray Heaven, shows grief at its most tender and tangible. When an unexpected accident takes the life of B, our narrator’s longtime partner, the entire machinery of their life shudders to a halt. An artist with the kind of presence that spilled over the corners, that filled every room they were in, B’s absence leaves behind not only a void, but also an excess. Jules becomes a “landfill of memory,” grappling with what it means for them as the sole witness, guardian, and steward of everything that’s left, as they struggle to find a place for what remains and where to go from there. The novella follows Jules as they stand in the wreckage, sorting through the pieces of flotsam and holding each one up to the light.

Raised in the Florida foster care system where “no one was watching to make sure [they] survived [their] childhood of humid horrors,” Jules is used to the task of navigating the world by themselves, unclaimed and unattached. The cutting pain of B’s loss combined with past disappointments in building relationships has made Jules ready to wrap themselves in numbness and quit the business of caring altogether. They reflect on their exhaustion with the entire process:

On top of the irreversible loss of death and disappearance, it’s so strange to also have to grieve people that aren’t gone but aren’t here either. When what you hoped for in people replaces the people, though they are still somewhere in this world. A dotted line for family. A looking around that makes sunny days heavy. A grief that feeds on itself. Hungry-ass ouroboros of disappointment.

Then comes the question of narrative. The question of one’s place in the story, which for Jules, is threatened by how B’s family rejects Jules’s existence and refuses to acknowledge their relationship with B. Throughout B’s hospitalization, Jules is kept in the dark about their condition, powerless against the red tape drawn by the institutions that have failed queer bodies, again and again. “Every interaction I’ve ever had with a doctor has felt like an inside joke that I’m on the outside of,” Jules explains. Once more, Jules is positioned as the outsider, erased and denied at every turn to see and hold the person they love, all at the arbitrary decisions of the people with legal claim over B’s body.

It becomes fitting, then, that during the most critical point of B’s condition, when desperation pushes Jules past security and into the hospital room, the form of the text switches, and in the place of narrative comes the vocabulary of the void. An official statement recorded by the police, a “notarized copy of what [they] said happened in that room when they came for me just a few minutes later,” fills the empty gaps of the scene. The jarring effect of grief interrupted and forced into script, of the sudden absence of first personfirst-person narration, evokes severance and dissociation, an outline drawn in chalk of where the body should be but isn’t. Jules is gouged by not only the loss of a loved one, but also the loss of their claim to them. They ask the question, “When we die, do we belong to only those who remember us as we knew ourselves? I would say we do, but that’s not what history is.”

This contemplation of history and memory spurs a project of memorialization as Jules hatches a plan to bury B’s ashes in the museum exhibits around the country that house B’s artwork. Pairing up with a new friend named Theo, Jules embarks on a road trip-slash-heist that puts them in the path of the past, of the people and places that matter to them the most, of the artistic lineage that stretches in both directions of time, a web of connections and tributes that over and over announces one’s place in the family of things. Piece by piece, Jules finds their way back to the family of things, lacing themselves into the bonds that tie them to the world, the kinship and “queer affection whose namelessness is its power.” They reconcile their body and brain into a form of belonging and find a home for the love and grief they carry for B.

Throughout the novella, Katz does a brilliant job striking the temporal balance of events, weaving flashbacks into the story in a way that compliments the pace of the present day. The non-linearity of the narrative allows the past to exist simultaneously with the present, shoulder to shoulder, in a kind of companionship that speaks to how we are supposed to navigate our lives, that is, alive in both. In the midst of this, Katz also explores the brackish zone of the in-between, making the essential journey through liminal spaces, through symbolic dreamscapes that border the dead and the living, and arriving at the question of what it means to exist in this moment, “alive in my discomfort and resilience.”

And Then the Gray Heaven is a book that bursts with life. The final image of the novella leaves the reader at the threshold of “the whole blessed void: a vast field of care.” It stretches beyond any individual consciousness, speaking instead to the collective, to its beauty and its joy and its strength and its timelessness. 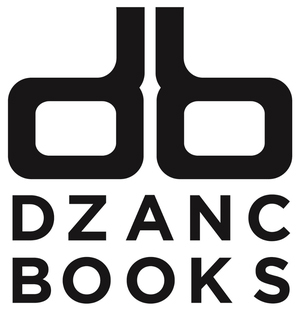 RE Katz exhibited Boywitch Codex: Hypertexts as February 2017 Artist in Residence at Dreamland Arts in Buffalo, NY. They work in educational justice and are interested in personal fashion, antifascist witchcraft, and television. 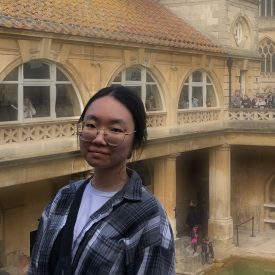 Haeun Park is a senior at Middlebury College. A former Autumn House Press intern, she is currently pursuing a degree in English Literature after completing the CMRS Humanities Program in Oxford.