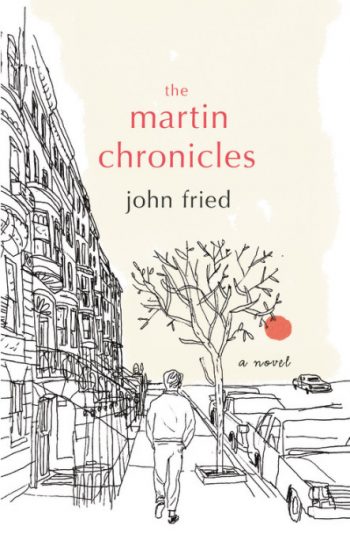 The Martin Chronicles the debut novel of  Pittsburgh author John Fried, out now from Grand Central Publishing, tells the story of Martin Kelso through a series of first-person linked stories. Each chapter is a melancholic snapshot that vividly illustrates a span of time in Martin’s adolescence over seven years. Though the narrative focuses on everyday occurrences, Fried manages to convey themes that are universal, effortlessly capturing both the simple innocence of childhood and the complex loss that comes with growing up.

Nostalgia is a consistent undercurrent in the book; Martin, like many of us, experiences a longing for a past where things were simpler or perhaps more promising. It is no easy feat to instill this emotion in a reader, yet this is exactly what Fried accomplishes in his coming-of-age novel. In one of the later scenes of the novel, Martin selects a summer reading book based on the impulse to view his life as a story:

“The book was The Martian Chronicles by Ray Bradbury . . . I’d been given a list of books to choose from and picked it, not because I knew it, and not because I had any interest in science fiction, but because when I looked down at the list I thought it said ‘The Martin Chronicles.’ That was a book I wanted to read. Maybe it was the story of the life I was going to live.”

The novel begins in Martin’s sixth-grade classroom. Martin is musing on the arrival of female students, a visit that he calls an “invasion” because, being in an all-boys school, he has never interacted with girls in such a setting before. That is, until an incident at the girls’ school brings them to Martin’s for a short period of time. Inwardly, Martin is excited by this invasion. Outwardly, he is as nonchalant as the rest of his classmates, putting on a face to fit in. This scene is only the first of many that depict the complex tangle of emotions one must navigate while growing up. The protagonist goes on to experience many more firsts: his first kiss, first family death, first job––all of which work together to create a patchwork of sentimental, relatable experiences.

What makes Fried’s book so unique is the ease with which he toes the line between adult and children’s fiction. His writing is both simple and illustrative, making it easy for readers of all ages to step into Martin’s shoes; but his themes are complex palimpsests, perhaps better appreciated by those with more experience who are able to read the text more reflectively.

Fried’s portrayal of boyhood is made more refreshing by his characters, who have so much personality they come alive off the page, seeming more like people we know than characters we are reading. One of Fried’s greatest strengths is highlighting their uniqueness while making them both realistic and memorable.

While each of the short stories in the novel could technically stand alone, it is their relationship to one another that makes them so effective. Isolated, each story is filled with anecdotes of growing up. But together, the stories become a powerful narrative that is engrossing in remarkably understated ways.

So much of what makes Martin’s story emotionally impactful are the little moments he has with family and friends: the look-out duties he shares with his friends in their secret hiding spot on a hill, the sand castles he builds with his depressed cousin, Evie. These memories serve as anchors for Martin—a means for him to remember the most important people in his life. When he builds a wall of sand at the beach, he can’t help but think of his cousin: “I kept piling handfuls of sand and then patting it down, trying to make it as solid as possible. That was how Evie had always done it: adding layer after layer, fortifying each time with a combination of wet and dry sand.” Martin associates the beach with his cousin and through that association, is able to bring her back into the narrative through the power of recollection. It is in this way that Martin’s memories continue to rise to the surface.

Though seemingly unimportant at first, these moments become poignant for Martin in retrospect. The sand castles become a thematic metaphor for his relationship with his cousin, and the moments spent with his friends on the hill mark a meaningful shift in their relationship.

Martin’s narrative never feels like it is happening in an empty world. Instead, we get the sense that Martin’s story is just one of many and that the characters surrounding him are just as much a part of the world, as essential, as he is. The side characters, like Martin himself, are never static. Every time they reappear in the novel, it feels as if they have undergone their own unique character growth. Often, Martin reflects on these changes.

This cognizance, often belated on Martin’s part, showcases the hyperaware longing for the past one experiences during recollection. As Martin grows up, this feeling—this desperate want to relive his boyhood, this feeling of missed time—becomes more pronounced. It is apparent throughout the narrative but especially effective in the novel’s ending, where the nostalgia hits a high point and Fried plays with the narrative’s timeline.

Fried’s novel subtly depicts both the temporality and fragility of human life. His story is steeped in a longing that resonates with readers of all ages because we have all been children and understand the complicated journey of growing up. To younger readers, the narrative is a mirror: a reflection of their own struggles. To adult readers, it is a scrapbook: a melancholic romp through a fictitious past that is so vivid it feels like a biography. Regardless of when and where they are in life, I wholeheartedly recommend this novel to all readers.

The Martin Chronicles was published by Grand Central Publishing in January 2019. To find out more the title visit their website here. 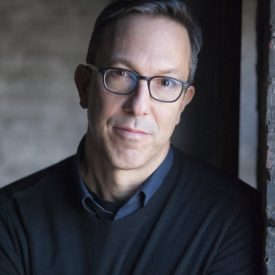 John Fried’s short fiction has appeared in numerous journals, including The Gettysburg Review, North American Review, and Columbia: A Journal of Literature and Art. He teaches creative writing at Duquesne University in Pittsburgh and received his MFA from Warren Wilson College’s Program for Writers. Prior to teaching, he was a magazine writer and editor in New York, and his work appeared in various publications, including The New York Times Magazine, Rolling Stone, New York, Time, and Real Simple.