It would be easy to say that Michael Simms’s poetry is what you might have gotten had Bukowski sobered up, stepped out of his dive bar frame of mind, and decided that maybe teaching was a worthy way of using one’s time. Certainly, the narrative informality and laidback tone of Simms’s lines are what you might have gotten had Bukowski thrown out all his bottles of liquor but kept the classical music playing while he slaved away at the typewriter, writing poem after poem about the rough days that were behind him—and, now and then, contemplating the moments of good fortune and contentment that fall upon those who, after some less than steady years, have learned to survive. Indeed, with much of the poetry in Simms’s latest book, Nightjar, one has the feeling of having reached some kind of sanctuary where one can explore difficult and dangerous histories from a safe and comfortable distance.

Still, as philosopher and critic Walter Benjamin noted in his ruminations on Proust, “We do not always proclaim loudly the most important thing we have to say”; one might also say that we’re not always obvious about what’s most important to us, be it what obsesses us to the point of unhealthiness or what is simply foremost in our affections. What’s more, the best art both engages us consciously and surprises us, sometimes subconsciously, with it often employing, here then there, a subtle nudging that eventually takes us toward either shock or revelation. As such, in Nightjar, despite its enveloping tone of comfort, I find echoes of a writer attempting to explore more dangerous and adventurous territory and who doesn’t hesitate to drop you off in the midst of some kind of regret, sadness, or even horror.

Indeed, with the opening poem “Coming to Terms,” I find myself reminded of James Joyce’s great short story “The Dead.” Beginning with the speaker in the poem watching the snow after having just scattered the ashes of his late parents, he thinks he may have invented the word “ghostalgic,” which to him is a word “to mark / a feeling of nostalgia / for another world, the one / we came from and will return to…” The speaker goes on to express “a sadness / for the stars that died / billions of years ago” and “a homesickness for a cosmos / that no longer exists.” All in all, his cold weather moment is reminiscent of Gabriel Conroy’s in “The Dead,” where the snow recalls a past that seems to possess the power to overcome the present—or, at any rate, to threaten it to the extent that he questions his place in the present world. The poem then ends with a “coming to terms,” but it’s a conclusion that still retains conflict—a conflict which isn’t going to disappear anytime soon:

There is no lasting happiness
in this world, only
particles of happiness,
fleeting, unpredictable,
transitory as a fragrance
or a falling leaf or a glance

from a passerby on the street,
a plain person, hardly noticeable
who slips through our dreams
like a cat through shadows
changing us in ways
we never wanted to be changed.

Snow plays a central role again in “Satan and the Snowman,” one of the most chilling poems in Nightjar—and I’m not attempting to make a joke in calling it so. Juxtaposing scenes from the speaker’s adult years (“a daisy chain of secret betrayals, / small thefts, rehearsed summaries / of the faults of my lovers”) with a particular childhood trauma, the poem deftly moves from dark humor to shocking violence, then on to a surreal sort of horror which at the same time presents a measure of tranquility.

In this and other poems, Simms seamlessly demonstrates his fascination with what’s hidden, obscure, or secret, be it an odd word like “meconium” (the eponymously titled poem appears near the beginning of the book), a hidden life about which “all the women gossiped” (as in the poem “Daisy,” a tribute to the author’s sister), or the less visible side of nature (nocturnal animals such as bats and raccoons feature prominently, while the nightjar, which gives the book its title, is a bird whose plumage keeps it well concealed during the day). It’s a complex view of the world presented with such intimacy that one may momentarily forget that at the same time there’s an epic journey taking place in these poems.

Mind you, Simms doesn’t go off like James Joyce to create some alternative to standard English to express his ideas and world view, nor has he written a massive tome like Proust with which to present his life’s observations. Nevertheless, he is obsessed and consequently enlightened by language itself—as most poets probably are—but his explorations of language aren’t for the sake of mere invention or a continuation of artistic growth no matter the cost. And just as Bukowski, Joyce, and Proust were, in their own differing ways, what one might call lost souls, Simms too is lost. But what Simms recognizes is that we’re all lost and that what saves us are those brief but regularly occurring episodes when we do know what we’re doing, as well as those rare moments when we learn something new (they are rare, yes, but they can and do happen).

Taken as a whole, what you get with Nightjar is a poetic portrait of the artist or else a remembrance of lost time. Simms’s speaker in these poems isn’t sickly like Proust, nor is he as consciously determined as Joyce’s Stephen Dedalus, and he certainly isn’t a horrible drunk like Bukowski. There is, however, no doubt that he is determined to get his work down on the page—he just doesn’t proclaim it so loudly and, as such, doesn’t draw a line between artist and audience.

What also isn’t proclaimed so loudly is the need to preserve it all in his mind, and the concept that one can’t preserve much less express the full aspect of joy without the baseline of what that joy had to rise from, plus the time and effort it took to bring it into existence. It’s the sort of journey that can happen, for example, when you somehow find a way to laugh at a funeral—e.g., Simms’s incredible poem, “Everyone Knows Death (I laughed at your funeral).”

One area where Simms may still be like Bukowski is in his knowledge that overly polished works can be so dull. As Simms comments in “The Real Deal,” wherein he specifically examines an episode of Bukowski’s drunken brutality,

Nightjar gives you that sense of showing up at the back door, unannounced, unheralded, and exhibiting all the signs of having gone through a rough journey—a journey that might not be quite over yet. It’s a journey that got there not by consulting a hundred maps and reading every Yelp review or by leaving the GPS on and having some robotic voice tell you when to turn left, when to go straight ahead, and when to stop. It’s a journey that found its way by being true to its own unique vision. This isn’t to say there aren’t influences. Me, I saw Joyce, Proust, Bukowski, and in the poems themselves are references to everything from Greek drama to The Great Gatsby. But always, at the heart of this, is the poet whose name is Michael Simms, displaying the great grace of his powerful art. 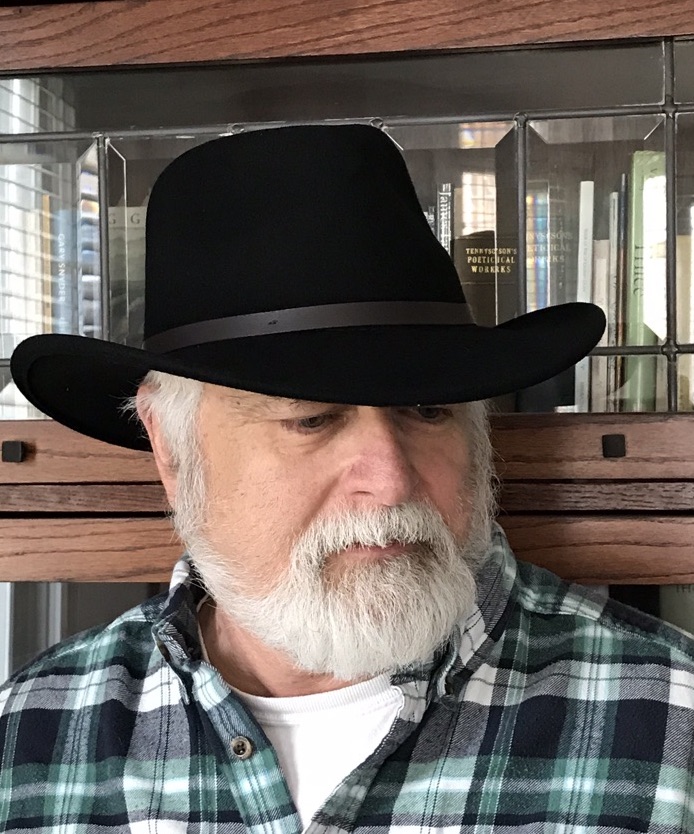 Michael Simms is the founder of Autumn House Press and its editor-in-chief from 1998-2016. Currently he is the editor of Vox Populi, an online magazine of poetry, politics and nature. His most recent collections of poems are American Ash and Nightjar, both published by Ragged Sky Press. He lives in Pittsburgh. Find more at: www.michaelsimms.info 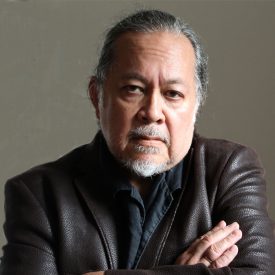 Jose Padua’s first book, A Short History of Monsters (published by the University of Arkansas Press), was chosen by Billy Collins as the winner of the 2019 Miller Williams Poetry Prize. He lives with his wife (the poet Heather L. Davis) and children in Washington DC.