Few of us escape our origins. We move, physically, socially, emotionally, but we are ultimately vessels for our place of origin. Bobby Johnston’s childhood and adolescence, as related in twenty-three deceptively smooth blank verse narratives, is an unvarnished tale of an American childhood that is as peculiar as it is typical. The setting: somewhere in New York State, on the banks of an eastern tributary of the Mississippi. Intimate, strangely familiar, rust belt rural. Johnston’s childhood is in part a testament to the joys and dangers of the free-range childhood known to many of us in the 1970s and 80s, before the great deluge of micro-processers and digital hyper-reality replaced dirty feet, skinned knees and playground bullies with the atavism of video games and social media avatars. This was a time when creeps of each generation were present in the flesh.

The Saint I Ain’t opens with “Sycamore Street”, a fecund Dickensian psycho-geography, Johnston’s home street. We are looking uphill, into the back of the Sisters of Mercy Convent, a visage dominated by “immoveable” nun’s undergarments drying on the line. Small town intimacy. Catholic shame. The arc of a childhood proceeds from here, centered on the self, finding an identity amid struggling souls of every age. The boy Johnston reacts to an older brother beset with medical challenges by competing for attention in accident-prone misadventure. Transgression is by no means limited to the narrator. Children misbehave. Adults bite back, modeling transgression as often as wisdom. Hypocrisy, apathy and emotional turmoil meet alcohol and gun culture with predictable results.

We are saturated with coming-of-age narratives in contemporary America, an understandable response to a culture at war with itself and the truth. Johnston’s poems are refreshing for their open-endedness, the way in which he is able to place himself within the intermingled pathology and freedom of his community, while leaving us room to reflect. He is not above his world, not beyond it. Personal and collective experience flow through him. His “salvation” is music, a journey of discovery that is described in poignant detail, but in such a way that leaves the powerful lessons of nourishment and self-realization for the reader to surmise.

The work is prefaced by a quotation from The Myth of Sisyphus, Albert Camus’ reflection on the unreasonable reason behind the will to live, the decision to choose life. Late in The Saint I Ain’t in “Ten in the Clip,” Johnston has a reckoning of sorts with the specter of suicide that plagues his town. It is a sobering yet scintillating moment. Earlier, he describes his family as drowning, along with other families. Johnston is swimming in the same waters as everyone else, and his moment alone with a firearm is extraordinarily typical. As a result, his decision to choose life is all the more extraordinary. His life-affirming path it is not borne of the dime-lot morality on offer from Catholicism, but from nascent self-knowledge, a pattern of decisions and inclinations that are as much the result his individuality as the sum total of his interactions with others, nefarious and loving.

Reading through The Saint I Ain’t for the third time, I found myself in search of moods I was occasionally imposing, only to realize I had merged aspects of Johnston’s verse and biography with my own. This is the beauty of Johnston’s narrative; you find yourself in it. I did. 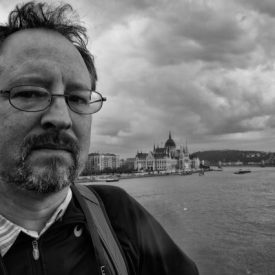 Sean Norton is a writer, editor and musician. He lives in western Massachusetts