1 – From a long-ago conversation with my mother
(as I read from Funk & Wagnalls):

I say:  Sicily, conquered by everyone! Greeks, Romans,
Visigoths, Vandals, the Byzantine & Islamic powers.
In the 12th Century, independence, even prosperity,
then dominaton by the Spanish & Bourbon crowns,
In the mid-19th century, when the government faltered,
the Mafia arose.

My mother says:  We don’t use the M-word.
We never say that word in this house.

Could this be Nana’s mother?  That must be Grandpa Joe.

Filmed not in Palermo but in some ancient, white-stone village.
It could even be Vicari, our ancestral home.

Shotgun wedding, kidnapping, attempted murder.
The men are buffoonish scoundrels, bombastic clowns.
The women, proud but submissive, wear black. The lovely Agnese
pregnant by Peppino. The sun so hot, everyone is sweating.
What will she do?

Local custom: if a man rapes a woman, he goes to prison;
if he marries her, he goes free.

Jump cuts, flashbacks. Hilarious, then not so.
Black & white with an over-the-top percussive score.

We were always told that Nana and Grandpa Joe eloped
when she was only 17, though she’d been promised
to Frank Capra’s brother.

Her family so furious, they didn’t speak to her
until a child was born. Only after my mother died,
another story.

Of a baby born five months after the wedding.

I believe it was a love-match.  I believe they were happy.
Seamstress & truck driver in the New World. 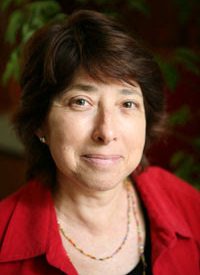 Joan E. Bauer is the author of The Almost Sound of Drowning (Main Street Rag, 2008). With Judith Robinson and Sankar Roy, she co-edited the international anthology, Only the Sea Keeps: Poetry of the Tsunami (Bayeux Arts and Rupa & Co, 2005). She worked for some years as a teacher and counselor and now divides her time between Venice, CA and Pittsburgh, PA where she co-hosts and curates the Hemingway’s Summer Poetry Series with Kristofer Collins. Her second full-length poetry collection, The Camera Artist, is forthcoming from Turning Point in February 2021.