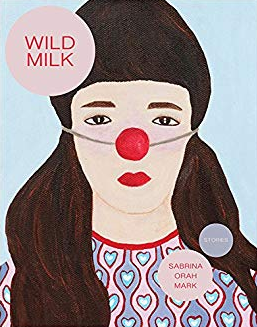 Shakespeare’s Macbeth creates, famously, a dichotomy of fluids. There is feminine milk “of human kindness”; there is masculine, ancestral blood. Lady Macbeth fears her husband too feeble and feminine, too milky. Such deep-rooted associations are, in Sabrina Orah Mark’s Wild Milk, mutated and entwined. Tradition is upended: dichotomy, signification, differentiation.

Wild Milk is a collection of stories—perhaps vignettes—bound together by repeated words and motifs. Words are imbued with a self-conscious importance; there is an awareness, always, of linguistic choice. The word mouse, for instance, makes an appearance in nearly every story, in both animal and technological (“a mouse click”) form. It is unsurprising that Mark’s prior publications have been closer in genre to poetry—her stories read often like prose poems, with little concern for action-driven narrative. Metaphors are sustained and given validity, permitted a sort of autonomy.

The collection, in ways subtle and overt, presents a thesis: in this day, this time of virtual communication, distinctions between reality and artificiality are dependably mutable. Identity is transferable, self-selected. Curated assortments of private thoughts are distributed, and bits of other selves are newly absorbable. And, it must be said—as technology grows increasingly capable, it becomes increasingly humanlike.

Throughout Wild Milk, parents grow younger than their children. Friends refer to each other mutually as Lydia, though their names are “nowhere near Lydia.” A husband is named Louis C.K., a cleaning lady Hillary Clinton. A container of milk grows sentient: a note reads, “The milk you left was wild.” There is no stability afforded by a name or an age or a physical form. In a time of sharing and reposting, in a time when fake celebrity profiles outnumber the real, Mark’s destabilization is joltingly familiar.

Words, traditionally, have an innate exactness: they are so many in quantity that linguistic perfection seems always attainable. However, Mark’s characters struggle with language and are surprised by the words they ultimately speak. In “My Brother Gary Made a Movie and This Is What Happened,” the narrator describes her brother’s malappropriation of words. He tries to say human and instead says cantaloupe. He tries to say the narrator’s name and instead says Mouse.

Such a motif, in more conventional works, could express a theme of fallibility: the fallibility of language to capture identity, the fallibility of humans to locate the correct language. However, in Wild Milk, linguistic errors reflect endlessly shifting identities. If selfhood is newly transferable, then a fluid system of naming is not a hindrance to expression but a central necessity. When a morose Rabbi is referred to accidentally as Mouse Rabbi, his followers remember the latter title was once suitable, “long ago.” Perhaps Mark supplies words with their own state of being, separate from those who use them. The milk grows wild: everything is alive, in motion.

Initially indistinguishable from these central images of mutating selfhoods is a line from “The Maid, The Mother, The Snail & I.” A mother tells her daughter, “Your skull once grew inside me.” It is an uncomfortable sentence to read, a surrealist idea of a bodily interaction. It is also, however, entirely faithful to reality—a mock surreality.

Though Wild Milk destabilizes nearly every human experience, childbirth demands a similar kind of strangeness. Mothers, like mice, are littered throughout the collection. “Are You My Mother” is the story that interacts most directly with motherhood, though it revels in complications. The narrator, upon receiving word that her mother is someone else’s, attempts to find the correct person: neither Hillary Clinton, nor Diana Ross. John Berryman—neither confirmed nor denied to be the poet—professes that he is not the mother, but can become so. When the narrator asks John Berryman to perform motherhood, to comfort her, she is told, “He cannot make it better. He is only your pretend mother.”

Wild Milk seems at times to have a comprehensible internal logic, a set of rules defined by nonexistence. The transference of identities seems always possible—until maybe-poet John Berryman is able only to be an inadequate, pretend mother. “Pretend” is a concept antithetical to most of these stories, where anything is possible, as long as it can be written. Motherhood is a contrarian force in Wild Milk, and a force of wildness: powerful, unhalting, beyond human—or authorial—manipulation. Mark imbues it with a warped seriousness. The feminism of Wild Milk is idiosyncratic, but it is undeniable. Perhaps it contains a shade of future-feminism, as much of the collection feels both presently-rooted and prophetic.

Wild Milk manages, impressively, never to alienate or exclude. It is experimental without being distancing in its demands—no pretension, no indulgent allusions. Instead, Mark refers often to fairy tales, providing a built-in point of comparison. Wild Milk, it could be said, is made up of fairy tales freed from scruples. Each story is “Little Red Riding Hood” abridged: a grandmother becomes a wolf and eats her granddaughter; this is story enough. For fans of experimental prose, it is essential reading. For fans of experimental poetry, it is essential reading. For all, it is rewarding in its provision of skewed cultural observation, in its permeating sense of freedom. Wild Milk disavows tradition; it is stridently itself.

Wild Milk was published by Dorothy, a publishing project in October 2018. To find out more the title visit their website here. 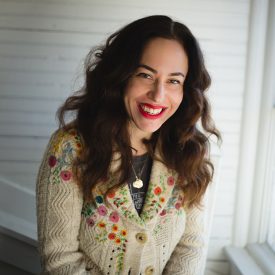 Sabrina Orah Mark is the author of the poetry collections The Babies, and Tsim Tsum. She lives in Athens, Georgia with her husband, Reginald McKnight, and their two sons.