One afternoon, I was sitting behind my office desk when Jane knocked lightly on the door and came in. She sat with her hands in her lap, her face taut, her thin eyebrows drawn to severe straight lines. In the early weeks of the semester in my writing class, she’d had a bright and cheerful demeanor, which had faded in recent weeks after the other students met her stories with harsh criticism. She listened at first with a wide-open look, as if she were grateful for their responses, but lately, she’d duck her head and turn away, her long brown hair shielding her face. That caused some of the group to fire at her even harder, so much so that I had to step in to divert them. In turn, they took aim at me. Just exactly what did I know? Who was I really? They can be a tough lot, writing students.

“I’m worried,” she said. Her voice sounded both fearful and angry. I knew she’d come from a small town and the university life in this larger city had been challenging.

“My stories don’t sound like everybody else’s in class.”

She smiled, the charming smile she’d had earlier in the semester. “A good thing?”

But after she left, I thought, with some alarm, that maybe it wasn’t such a good thing. It wasn’t like she was some raw talent. While the other students’ stories were well written and mostly uninteresting, her stories were not well written or very interesting. I worried she was not talented at all.

But who was I to tell her that? I thought maybe the students were right about me. What did I know? They suspected I was a fraud, and I thought so too. I was only teaching a one-semester gig arranged by a friend of mine. Here I was: a middle-aged writer with a few published stories to my name and one book that no one had heard of.

The class hadn’t liked much of what I’d had to say, but they’d once chuckled when I’d said about the struggle of writing, “You don’t always hit paydirt.”

For a time, it became a sort of humorous class motif, but lately, it was repeated with acrimony and mockery, largely aimed at me.

The class praised the next story Jane wrote, and they liked her next one even more. After class, the students headed off to the bar to drink and Jane happily went with them. There’d been a time in my life when maybe I would have joined them, but that was no longer my world.

There is a particular gloom in an empty college building as evening falls. I stared at my office wall and wondered why I felt so morose. Then it hit me. Jane’s style had changed, improved, but her stories now sounded like everyone else’s. 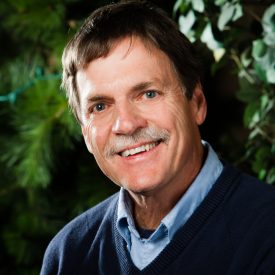 Robert Garner McBrearty is the author of five books of fiction, most recently When I Can’t Sleep, a collection of flash fiction published by Matter Press. His stories have been widely published including in the Pushcart Prize, The Missouri Review, Narrative, New England Review, Fiction, North American Review, Fiction Southeast, and New Flash Fiction Review. He has received a Sherwood Anderson Foundation Fiction Award and fellowships from MacDowell and the Fine Arts Work Center.