In a country where suicide is the tenth leading cause of death and the age-adjusted suicide rate in 2018 was 14.2 per 100,000 individuals according to the American Foundation for Suicide Prevention, how artists, poets, writers, and society in general respond to the mental health crisis plaguing the United States becomes more and more important, more and more of an everyday necessity. Colin Pope does not back down from the challenge of addressing the act of suicide and the grief and emotional ravages suicide-bereaved families carry. In Pope’s collection, the poems address the grieving process as experienced by the speaker of the poems, and the poems become stark reminders that words often fall short of being able to address the deepest depths of human emotion.

“Still Life with Casket in the Distance” portrays the speaker’s inability to initially process their girlfriend’s suicide:

Nobody made a sound. Someone I loved

was gone and it was hard to pretend,
it was foolish to be preoccupied by the business
of expression.

The author conveys the onset of the complicated grief and depression by using simple sentences and sparse phrases that hold little detail and are truncated either by a period or enjambment. The messy meshing created by truncated sentences and phrases make it difficult for the reader to separate themselves and their experiences from the speaker’s experience. The space in between each of the poem’s three-lined stanzas, as well as the rapidly changing thoughts in each stanza, create a rapid cycle: as the speaker of the poem cycles emotionally to the grieving phase known as “rumination” that suicide-bereaved families often experience. So does the reader. The enjambed and shortened sentences and phrase structures swirl together to create confusion, a tone that then reverberates even louder later in the poem as the speaker begins an introspective journey by posing questions: “Why do people die? / I kept wondering stupid things, fetal / as a question mark.” By posing the actual question combined with the admittance of “wondering stupid things” that are as “fetal / as a question mark,” the author creates a sense of guilt, not only in the speaker, but also in the reader. By the poem’s end, the usage of sparse language and simple sentence structures transitions from a state of confusion to one of resolution: “We shine faintly without any reason to shine / or any knowing why we’re put together.”

“You are Not Your Ex-Girlfriend’s Museum” acknowledges the stigma that suicide-bereaved families often experience, opening with a single statement: “These are the choices I’m given: / ignore or be ignored.” The relics from the ex-girlfriend form a gruesome cabinet of curiosities: “This collection is called The Torture / of the Found Hairband. This one / Weeping: A Retrospective.” Moments of grief collect and become the relics on full display, as does the judgment from others that the speaker experiences: “There’s a clipboard I’m using in my head. / I’m being catalogued, collected, / stored under glass.” In these images, readers may see an object, perhaps even an insect or an animal, removed or dispatched and placed beneath or behind glass for “future generations to consider.” Thus, the clinical language of museums and curation expresses the speaker’s inability to effectively communicate because of not only the overwhelming weight of grief, but also the judgment society and other individuals place on the suicide bereaved.

Both speaker and reader carry this weight into “Viewing a Body Before Cremation,” a poem in which single words hold immense power. The poem’s structure, word choices, and details mirror the mental and emotional and physical health sequalae so often experienced by suicide-bereaved family members:

I thought I’d prepared myself
but when the blurry, hushed man told me
You can go in now,

I couldn’t understand him.
The strings in the backs of my legs
had gone slack, my joints disconnected.

Words like “prepared,” “hushed,” “couldn’t,” and “strings” sonically and connotationally act with “slack” and “disconnected” to not only loosen the reader psychologically, but also convey the loosening of the speaker’s emotions. Following this loosening, the word “need” appears twice in the third stanza, with “need” punctuated at the stanza’s center in line 10. This center placement makes readers focus and ask the difficult question “Is this why we do what we do when someone dies?” However, the placement and punctuation of the word “need” also contracts the psychological loosening that occurred in the stanzas 1 and 2, pulling both reader and speaker back into reality even though words like “slack” and “disconnected” convey a sense of disassociation and disbelief.

This contraction fueled by language continues in the poem “Keeping Appearances,” another poem that addresses the stigma often borne by suicide-bereaved families. The poem opens with eight lines:

Once in a while, someone will ask
how you died. I have no problem telling them,
even enjoy it a little,
the way the blunted syllables,
hung herself, roll
from the back of the mouth
out the front, finally struggling
to escape between lip and tooth.

The straightforward, honest tone combined with the shortened third and fifth lines as well as the use of the word “blunted” creates a sense of used force, of shock, like an object hitting someone or something, or even like the jerk of a rope; but another sense of force or shock forms as well—the shock of finding someone dead and reliving the experience through narrative conveyance. The bluntness repeats, reiterating the violent toll of not only experience the suicide, but also having to relive it:

I am
called to study them who desire to hear
about a dead person they’ll never meet.
They’re good people, honestly and then
I get to play the quiet game
where I see how much of you I could forget
if I really tried.

At its core, however, this poem addresses the heartlessness of a society whose public possesses the evil habit of turning suicide victims into monsters:

You’d have to lean in very close to hear
how many voices they’re using
to see the stitches and bolts
and how lovingly they’ve been put together.

By combining linguistic sparsity with tones of grief and bereavement, Pope’s collection reminds readers that not everyone experiences and overcomes grief in the same way. It also reminds readers of the failures and inadequacies of language. Any reader who has experienced loss should read this book. That being said, readers freshly acquainted with grief and/or suicide will want to save this collection for a time when their wounds have, for the most part, healed. The collection’s greatest accomplishment, however, is its ability to make even those who have never experienced suicide bereavement or loss empathize with someone who has; society needs more art that does the same. 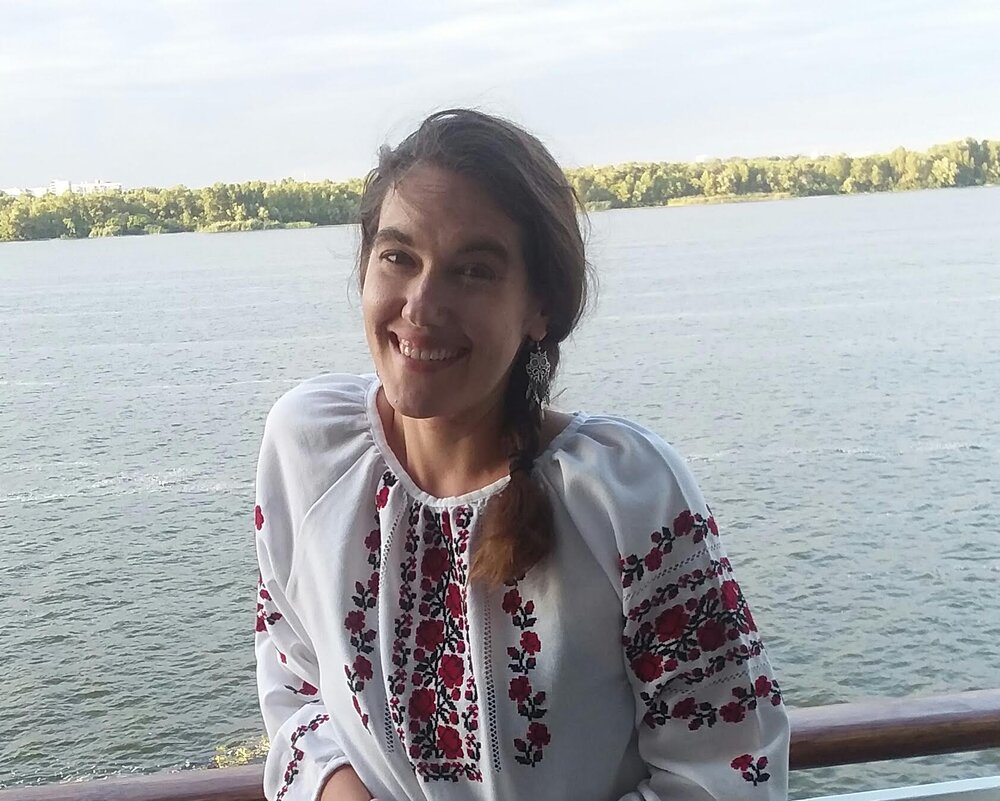 Nicole Yurcaba is a Ukrainian-American poet and essayist. Her poems and essays have appeared in The Atlanta Review, The Lindenwood Review, Whiskey Island, Raven Chronicles, Appalachian Heritage, North of Oxford, and many other online and print journals. Nicole holds an MFA in Writing from Lindenwood University, is the recipient of a July 2020 Writing Residency at Gullkistan, Creative Center for the Arts in Iceland, and is a Tupelo Press June 2020 30 for 30 featured poet. 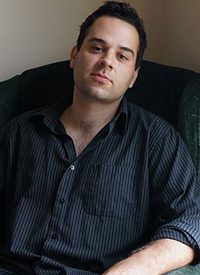 Colin Pope grew up in the Adirondacks. His poetry has appeared in Rattle, Denver Quarterly, Willow Springs, Slate, Ninth Letter, Los Angeles Review, and Best New Poets, among others, and his manuscript Prayer Book for an American God was a finalist for the 2018 Louise Bogan Award and the 2018 St. Lawrence Award. Colin is the recipient of residences and scholarships from organizations such as the Vermont Studio Center, the New York State Writer’s Institute, and Gemini Ink, and he has won two prizes from the Academy of American Poets. He holds his MFA from Texas State University and is currently a PhD candidate at Oklahoma State University in Stillwater, Oklahoma, where he serves on the editorial staffs of Cimarron Review and Nimrod International.