Describing experimental fiction always invites metaphor. Because My Red Heaven by Lance Olsen is inspired by Otto Freundlich’s 1933 painting of the same title—a painting composed of a series of roughly rectilinear shapes of varying colors—collage is the first metaphor that comes to mind. Constellation might serve better; the painting acts as a center of gravity that attracts any number of heavenly bodies in the form of characters who run the gamut from the prosaic to the profound to the internationally celebrated: Franz Kafka, Albert Einstein, Rosa Luxemburg, Greta Garbo, Adolf Hitler… and many more.

A careful reader might feel the urge to make a list of all the noteworthy Berliners who appear within the novel’s pages. This would be a mistake. These characters can’t best show their value linearly—they must be experienced the way a viewer experiences a painting—both all at once and in its individual, dynamic parts. Fortunately, Olsen appreciates the challenge he’s setting for his readers and regularly provides them with ideas about how to read the novel, just as a map provides a key. This quotation, attributed to a fictional Walter Benjamin as he considers the aesthetic of his own work, is a wonderful example:

Suppose you began to regard the essay you are writing not as a piece of music that must move first note to last, but rather as a building you could approach from various sides, navigate along various paths, one in which perspective continually changes…This building, we might submit, would constitute a literary architectonics that pits itself against narrative’s seemingly inflexible arc from birth to curtains.

The desired effect is that the novel could conceivably be read in any order or pattern the reader sees fit. It is a building that could be approached from various sides, but which does not result in a lessening of the visitor’s experience of the space. Olsen’s most common device to create cohesion is the gravitational pull of juxtaposition. A scene in one section where lovers in a park are interrupted by a couple scavenging for mushrooms leads to a scene in the next section where Martin Heidegger cooks those mushrooms for Hannah Arendt. The result is a seamless movement from section to section, just as Freundlich gave motion to his painting by only gradually shifting the tone of the colors from block to block.

At the same time, writing about history inevitably invites dramatic irony, a device that Olsen employs to great effect, sometimes through foreshadowing and sometimes through instances of flash-forward where he helps the reader to envision the violent fates of many of his characters. We know what’s coming for Germany in only a few years, and that knowledge suffuses the novel with an existential sadness that 21st-century readers will find familiar.

My Red Heaven—and perhaps Lance Olsen’s entire career as a writer—has earnestly taken to heart Milan Kundera’s admonition in his The Art of the Novel that the “novel should do what only the novel can do,” by which he meant, among other things, a stepping away from the nineteenth-century French realism of Balzac toward something more playful and inclusive, something that might use history, poetry, photography—anything at the novelist’s disposal—so long as the goal is to make knowledge. Olsen’s latest novel has done all of these things, and is written in language often graceful and elegiac, something unexpected and wonderful to discover in any work. The result is a reading experience that satisfies the heart and the mind. 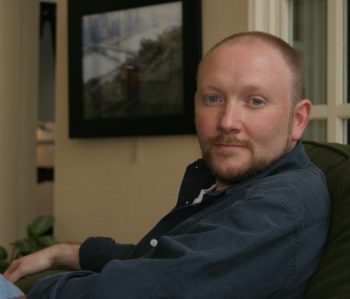 Jeffrey Condran is the author of the story collection, A Fingerprint Repeated (Press 53). His debut novel, Prague Summer (Counterpoint), was published in August 2014 and received a 2015 Independent Publisher Book Award’s Silver Medal. His fiction has appeared in journals such as The Kenyon Review, The Missouri Review, and Epoch, and has been awarded The Missouri Review’s 2010 William Peden Prize and Pushcart Prize nominations. He is an Assistant Professor of Creative Writing at the University of Arkansas at Little Rock and co-founder/publisher of the independent literary press, Braddock Avenue Books. His new story collection, Claire, Wading Into the Danube By Night, was published in Spring 2020. 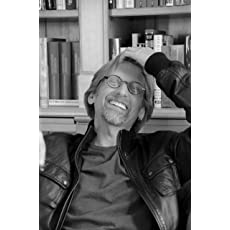