Early immigrants were encouraged to migrate to the colonies by exaggerated publicity of attainable benefits. Over half of Lindholdt’s poems are in the voice of characters who lived during the time. The first poem announces how the “Traveler to the Colonies” was lured in tongues of persuasion, “Commenced the same way all harm starts:/ lure of marvels, riches, land/ beyond all kenning.” This persona presents the truth:

Instead we sleep in canvas shacks
hemmed close by ruts of mud
frozen. We hear the wilderness all night
howling for our souls.

These poems can be shocking. We are taken aback in “How the Powwow Found Her” by the announcement of practiced cruelty paired with jaunty two beat lines as heard in nursery rhymes, “lost in the woods / kicked in the head / torn like a loaf / dragged from the bed.” This juxtaposition jolts the reader to wary attention.

It would behoove colonists to follow cultural standards, lest as in “Thomas Morton” we hear how “John Crowse / “whose tongue, because he swore, / you had a hole bored with a red-hot rod.”

Back then, the colonies needed settlers. In the poem, “Promoter of the Colonies,” biblical advertising baits the dreamer, with promises, “What would you say if you were to see / fields of clover knee-high // and bee-drowsy, ceaselessly flowering?” And then there’s picking turnips large “as any a blacksmith’s arm,” and bull moose “twice man-height!”

Lindholdt’s collection is divided into five sections. As the first, “Brooding Season,” shifts into the second, “Line of Descent,” the poet illuminates the plight of women in the colonies. Persona poems and several sets of companion poems add intrigue to narrative and inner voice. Lindholdt juxtaposes a woman with her subjugator. God save any barren woman, let alone the woman who miscarries or bears a deformed child who might be disinterred to prove witchery, as we read in “Mary Dyer.” This is no dry historical text describing how Governor Winthrop will “call it magic when her wounds / gape wide again like mouths to spill his guilt.” Lindholdt selects wording that informs while it sears like a hot iron.

The epigraphs and notes in the book give more of Lindholdt’s intriguing research to the reader. The persona of “Sara Hawkridge” tells of a woman who bore children and wrote verse, in a poem filled with short lines, alliteration, rhymes, and similes:

You heard my poems
only rarely, when I dared.

At bedtime I settled on you
like a wreath.
The walls sustained
our silent straining each to each.

Lindholdt is a Professor of English at Eastern Washington University in Cheney, Washington. Previously, he published nonfiction, The Spokane River, and was awarded a Washington State Book Award for his eco-memoir, In Earshot of Water, Notes from the Columbia Plateau, in 2012.

The natural landscape is celebrated in this collection. Poems that describe and make lyrical the beauty of nature give readers respite from lines about restrictions and cruelty. A father brings a bird home from a voyage for his daughter in the poem, “Landfall,” the “best reprieve after weeks at sea.”

More juxtapositions abound. In section three, “Flowers Washed in Our Wake,” we read of tragic imperialism in “Tenochtitlan” when “from the hustling dust / their skeletons came / to rest beside the cooking pit” when aviaries burned, soon followed by a poem that conveys both beauty and pain. Set in in magnificent geography, we read in “Warbler:”

Clamor, sunshafts,
these throb and dissolve
until the beak
dabbed in water
wakes and jabs the heavy hand.

Geography is a vast landscape with a poem, “Crossing Arbon Valley,” that serves as metaphor for human-imposed trauma that is left behind:

We leave the shade and what flames out
has nothing to do with humankind.
No shining from meetinghouse steeple or bell.
Mouse nest, grouse turd, castoff
antler gnawed. These bits
of necessity lavished by dry light
afford reverence enough to keep speech plain.

Lindholdt calls section four, “When Land Grows Fat,” to suggest not just what humans reap from land itself but how righteous men of the colonies reap women or punish others with disregard. Although the final poem in the section alludes to spring planting and renewal, that renewal is illusory. The persona of “Kit Gardiner, Banished,” warns others to avoid his dire luck:

If those same magistrates who drove me out of town
were to admit their own whims and urgings
they would be beside me now, starving
and hard-bitten by frost, for does the Bible not
enjoin us to root out sinful thoughts as well as deeds?

Lindholdt explores the hypocrisy of colonial leaders. While the “Magistrate” is on the couch in his chamber, he overhears “groans / of James Corey being stone-pressed to confess” to “bewitching Rachel Newman’s milk cow.” The overheard groans from corporal persuasion interfere with the Magistrate’s digestion:

The imported quince tree
outside my door
stirs in a noontide breeze.
Steam from lamb chops
on platter, lemon
white sauce, strong black tea
and maple cane.
Tell those men to stop
until I finish dining!

Lindholdt’s poems show how the full force of extreme religious faith led astray by ego, righteousness, and power, routs intellect and common humanity. In the final section, “Merchant Saints,” we read how clergy and governors become the avenging sword of Leviticus. They banish men for “buggery” and call the indigenous people savages and barbarians, then turn around and use enslaved women as brood slaves.

This well-developed collection excels in character-driven narrative poetry. Paul Lindholdt adds texture, personality and lyricism as he opens a window to remind us of colonial hypocrisies that can serve to warn us about current injustice against people outside the power elite. 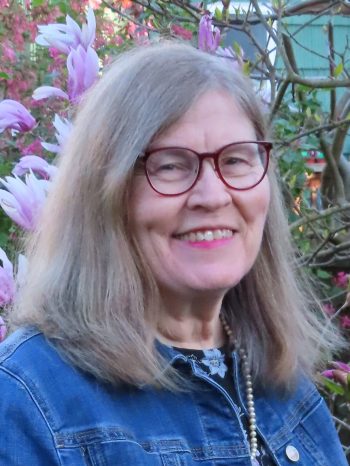 Mary Ellen Talley’s book reviews appear online and in print journals such as Compulsive Reader, Crab Creek Review, Sugar House Review, and Empty Mirror. Her poems have appeared widely in publications including Raven Chronicles, Gyroscope, and Banshee, as well as in multiple poetry anthologies. Her chapbook, Postcards from the Lilac City, is forthcoming from Finishing Line Press. 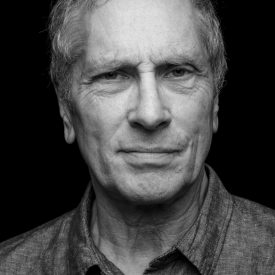 Paul Lindholdt is a professor of English at Eastern Washington University, with a PhD in early American literature. His preparation in poetry began with a graduate degree when he studied with Annie Dillard and won an Academy of American Poets Prize. Shortly thereafter he began publishing these poems in Beloit Poetry Journal, Chicago Review, Poet Lore, Poetry Northwest, Sewanee Review, and Southern Humanities Review. All told, twenty-four of these forty-five poems have appeared in arts journals, history journals, and standalone books.