Any phone call after midnight is a cause for nerves, but tonight I am alone, my husband on a fishing trip with our son. I answer the house phone with toothpaste on the corners of my mouth, snatching it from its stand on the bedside table. In the near second of silence while the line engages, I imagine catastrophe as it explodes like the red and white of fireworks inside my head.

“Hello?” All I want is to hear Matt’s voice.

“Yes, hello. Sorry to call so late. I’m looking for Matthew Harder,” says the voice, an older man it seems.

“He isn’t here, can I take a message?” Do I really mean this at ten minutes after midnight? And how does he know Matt?

“But he does live there?” His voice drops then, so I can only hear a mumble, then a loud blast of sound. I think he has just blown his nose. “Again, I’m sorry. I’m looking for Matthew Harder.”

“It’s late. Do you want to leave him a message?”

There is crying now on the other end of the line, wet sobs and rattling breath. I sit down on my bed to listen. The mattress cradles me as I wait.

“Do you know Brian Galston? Or know how Matthew Harder knows him?”

I am getting annoyed now. “Do you want to leave a message or not?”

“He’s my son. My only son,” says this voice on a phone in an unknown location. Some thread of his pain reaches me, and I think of Parker, picture him curled in a sleeping bag beside a stream in the shadow of Cat Mountain. Like this voice on the phone, I also have a son, an only son, whose arm at this moment could be thrown into the cold of the tent with some chocolate from his s’more still on his lips.

“I’m sorry. I haven’t ever heard his name before.” The phone has the hush of a room emptied by decades and covered in dust. He might have hung up, until his voice struggles back, captured like a creature in the woods and then free on the end of the line, careening around in its agony.

“He’s dead,” he says before repeating the animal noises. “I’m in his apartment and what am I supposed to do?” I have no answer. Words form in my head: Because I could not stop for death. I regret my Emily Dickinson semester and English major background as I look at the framed photos of my family on the bedside table. Hang up the phone and dismiss him, I tell myself, but feel heartless. Then just as quickly, I forgive the hard callous of my thoughts because I am afraid of what he faces, too overcome to let any molecule of his grief touch me. The moment has me trapped, a collision in slow motion that I cannot force out of my view.

“I’m going through his address book, his contacts,” he says when I can’t quite cut the connection. “So I started at A and haven’t found anyone who can tell me what happened. Most don’t even answer their phones. When did people stop answering their phones? It’s the middle of the night. Who could ignore the phone ringing in the middle of the night?”

He makes a good point; the sound echoes in all of my nightmares, never a good reason to get a call like this.

“Nobody does. I’ll reach Z in this damn book without any help. He was twenty-six years old.”

There is no other thing to say, no claim to make or soothing word-like balm to offer him.

“The police took him, took his body and left me this empty space, some life he didn’t want in a city he didn’t know. Who let this happen?”

Again, I say, “I’m sorry.” In the silence on the line that stretches like taut elastic, ready to snap, I find myself clutching the quilt with my free hand, fingers locked around fabric as if it could matter, could redeem all I have not even lost. But I have lost, here and now in this exchange I cannot end, I have seen all the days I will wait for a moment like this to arrive. This voice becomes a vision of my future, and I want to throw the phone down because it scalds my hand with this nightmare I am allowing myself to try on.

“I taught him to shoot when he was ten. Took him to the woods. The spike horns of his first deer are on the wall in my basement. I didn’t even know he had a gun. I used to know everything about him, and now all I can find are memories of a stranger. What can I tell his mother?”

It does not seem to matter if I speak. And I am afraid if I open my mouth I will scream or accuse him of heaping all this pain onto me. If only Matt were here. Answering this man should be his responsibility, not mine.

“I’ve taken too much of your time.” His voice changes, suggests that he has shaken himself out; the image of his gray hair and flannel shirt that has been developing as I listened to him suddenly straightens, his shoulders lift and resettle. He will move around the planet differently from now on.

“It’s OK,” I lie. I will get off this phone and drive an hour through the dark to the parking lot where Matt will have left our van. I will wait there until daylight and then move along the trail to Cat Mountain until I find their tent.

“Thank you for answering.”

“If you leave me a number, I can ask Matt about your son.”

“No. I’ve troubled you enough.”

The line, suddenly dead, shocks me. “Hello? Hello?” I cannot believe he has simply hung up; I shake the phone and stare at it, press the ID button to examine his number. I could call him back on my cell, could try to find out where he is. Something needs to be done for this man. I now envision as he prowls around his dead son’s apartment, growing desperate for information he will probably never find. The area code is not familiar to me as I type it into my cell and add it to my contact list: “father of the dead man who knows Matt.” I cannot even recall his son’s name from our conversation. But I am glad to have this number. It is quite possible I will call on the drive to Cat Mountain; he will certainly answer. 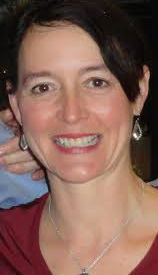 Beth Konkoski is a writer and high school English teacher living in Northern Virginia. Her work has been published in journals such as: Mid-American Review, The Baltimore Review, and New Delta Review. A second chapbook of her poetry, Water Shedding, is forthcoming from Finishing Line Press in 2019. She frequently takes part in readings in the Washington D.C. area and helps organize the Miller Cabin Poetry Series held each summer in Rock Creek Park.