Reading Jon Roemer’s debut novel, Five Windows, in the summer of 2020 adds another layer to the uncanny, surrealist portrait of San Francisco that the author so startlingly renders. Although the title is a nod to Hitchcock, Roemer seems much less interested in constructing a satisfying web of causality than with immersing the reader in a slippery dreamscape that resists neat or complete solutions and feels perfectly apt to capture the San Francisco in the present moment. The novel, set in a version of the city that predates shelter-in-place orders and daily dustings of gray ash, centers around an unnamed literary editor, whose “only visitors… are food deliveries and repairmen” as he watches, from his home office, as his city inexplicably goes up in smoke.

More eerie than the mysterious explosions and fires that punctuate the narrator’s life is his reaction to them, or lack thereof. Throughout the novel, he displays an indestructible detachment that falls somewhere between that of the protagonists of Kafka and of Brett Easton Ellis; when the window that serves as his only meaningful connection to the outside world “shattered with just the tap of [his] pen”, he concludes that this is perfectly ordinary. The apartment is fragile: “all it takes is a fairly basic explosion somewhere nearby, and there’s wood rattling against wood, and dirt and dust, and whatever’s lodged in the rafters, comes sprinkling down, too.” He concerns himself not with determining how his world became a place where “nearby” explosions could be considered “fairly basic”, but instead with addressing the mundane and material inconveniences that this bizarre reality inflicts. These symptoms, unlike their source, are “easy to fix. A couple clicks is all it took: the people who send… my regular deliveries offer a selection of other services too, a curated directory of craftspeople and technicians who can unclog a toilet, unscrew a lightbulb…. In under an hour, Devan came knocking in a crisp new tool belt, confirming my name and my trouble before heading to the open window.”

This same rigid and superficial reactivity extends to the entire community: looking down at the “stream of office workers” walking beneath the “shimmering shower of glass” from the newly emptied window pane, the narrator reflects:

no one really slowed, just a new steady crunching, like soldiers in formation on a practice field… no one stopped to clean it up or kick shards to the curb or clear a path for others. No one waited to see if I was okay. A young fellow took two steps into the breakage, took the time to check the soles on his nicely buffed boots, and pushed his wireless headphones deep into place.

This individualistic apathy is at once indescribably frustrating and wholly unsurprising. In the very first chapter, the narrator explains, “Here, in a place like this… disruption is a lifestyle.” From his window, he watches “six families’ evictions, a pitiless train of unmarked vans and stuffed sedan trunks.” These are his neighbors. These are the people whose fights he overhears, whose sawdust sprinkles down through the cracks in his ceiling, whose lives he watches and who watch him back “and for all kinds of reasons, none of them beautiful, [he’s] the one who’s still here, looking down on pricey strollers and watching those fancy women move in their stuff.” In Roemer’s San Francisco, alienation and indifference are not character flaws but means of survival. These traits, along with wealth, determine who is looking down and who is moving out. It comes as no surprise that there are “no children in sight.”

This is a San Francisco I am ashamed to admit I recognize. The city I grew up in currently has more dogs than children under eighteen and more evicted families and businesses every day. I find myself getting lost on streets I have walked for years underneath an inconsistent skyline. Roemer takes the bizarreness that is life in San Francisco and runs with it: hyperbolizing the sterile, shifting cityscape into a dystopic satire that is, like the city itself, at once familiar and unrecognizable.

The brilliance of the novel, however, comes not through exposing the detachment that the city requires of its inhabitants nor even through exploding that detachment into horror, but in predicting the shortsightedness of individualism as an urban survival strategy. The narrator’s life, like all of ours, is fundamentally and inextricably interconnected to the lives around him regardless of how many impersonal apps and efficient power washes that remove “a century of cobwebs” in a matter of hours that he employs to convince himself that he exists independent of history and independent of community. The fictional fires of the novel, like the very real fires of the moment or the virus currently sweeping the globe, bring our mutual dependency into sharp and unequivocal relief. On the very first page, Roemer writes of the “three cottages” on the narrator’s hill:

Every day the three of them sit shoulder to shoulder, looking out over the city, unmoved by what they’re seeing, indifferent, unimpressed—until early this morning, when something might have shifted, and they started to cook from the inside out. Now, together, they’re going up in flames, burning into each other and, just so quickly, threatening the rest of the hill and the hundreds of houses packed close together as family—contiguous brittle kindling.

Those of us who, like Roemer’s characters and like myself, were once privileged enough to blanket ourselves from the fragility and infinite codependency of our reality can no longer do so in a world where standing “shoulder to shoulder” could mean a ICU visit or worse. “Personal choices”, whether they be political, environmental, or medical are no longer simply personal and Five Windows helps articulate that they never truly were. The apathy, indifference, and individualism that San Francisco, and urban living generally, encourages and rewards and which Roemer humorously and terrifyingly captures, is neither personally fulfilling nor communally sustainable. We are all, like Roemer’s cottages, a “contiguous brittle kindling” whose internal combustion could jeopardize the entire community. 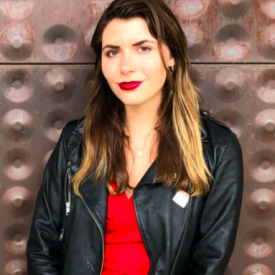 Charley Burlock recently graduated from Middlebury College with a degree in English and
American literatures. Raised in San Francisco, she currently lives in New York City where she will begin an MFA in creative nonfiction in the fall. 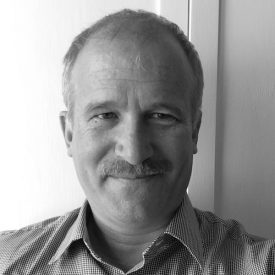 Jon Roemer is a writer and editor based in San Francisco. He is founder and senior editor of Outpost19, an award-winning book publisher. He is queer, a San Francisco resident since 1991, and an explorer of urban change. Roemer studied literature and fiction writing at Northwestern.