Madeleine Barnes’s debut collection of poems, You Do Not Have To Be Good is a fortress of armored and burning refusals. Each section offers up a shield for women and non-binary folk against society’s expectation of “goodness” from them. “You Do Not Have To” becomes a mantra Barnes defends with unparalleled compassion and veracity. In this collection, she creates “a world in which you are the patient / and everything else is your personal psychologist.” She instructs you to “run after your mother, and her mother” as you enter into this world preparing “for the war.” A war that is “expected to end in death”; and yet, Barnes writes, this is “not the astonishing part.” What is, becomes the speaker’s daily act of existence in a violent world where she is burdened by the turmoils of loss, abuse, illness, and disability, toppled with “the agony of loving every little thing.” Barnes’s poems are impossibly human; “molten at my very core,” her words rise from the perennials of grief, and act as the “stability / against a final loss of everything entangled.”

The opening section, titled “You Do Not Have To Be Earthly,” begins the speaker’s arduous journey into womanhood. The gateway poem, “Forty Black Ships,” portrays how girls, from an early age, are prepared for the dangers that await them in society. The poem begins with the speaker dressing a young girl “in armor for the war.” We see the girl in a knightly fantasy, where she is equipped with all the bells and whistles of war: “tied her shins with quilted grids of gold. / Crinet, granguard, shoulder plates… my spears, my black-tipped arrows… / my shield, my daggers, / forty black ships in the sea offshore.” The second poem, “Surround Her With Colors,” is a coronation of sorts, where the first step the girl is taught is “Andromeda,” which means “to be mindful of men” in Greek. The last step, she is told to “sing.” By the third poem, “A Fire,” Barnes transitions the story arc from fantasy to reality, in which we arrive at a “funeral”; illustrating, from the start, that no amount of preparation can prepare young women for the battles ahead.

The section following, “You Do Not Have To Seduce,” Barnes confronts the victim blaming narrative that befalls women who are assaulted by men. Often, in the aftermath of these situations, news media questions “what was she wearing” or “what did she do to lead the man on?” In this section, Barnes disputes these seductive notions, and demonstrates how men, under professional guises, lure women into danger. In “Vulnerary,” Barnes writes:

He was my teacher.
He wanted me
to kiss him.

I told him
what I knew
of nature:

That even botanists have died
from mistaking water Hemlock
for Angelica.

Who knows why
I choked down
my dream of poison.

What will heal me
still sleeps somewhere
in those woods.

In the poem that follows, “Incident on the Tram,” a traveling American girl is accosted by an officer on the tram, who we learn is another wolf in sheep’s clothing. The girl is presumed to have died in the poem: “her voice a wire so thin / it cannot be traced to a body.” When witnesses to her abduction are asked if the officer had a badge, Barnes writes, “a pin drops,” spotlighting how slow society is to question men in the roles of authority.

The story arc through the rest of the book is a grievous journey to forgiveness, acceptance, and self-love, in which the speaker looks to her family members and lover in order to resolve. The poems “Dig,” “The Mark My Body Draws In the Light,” and “Trying to Swim,” focus on her mother figures, whom, Barnes writes, are “a tide / whose source is verse and song.” In the poems “Night Feed,” “Valor,” “The Heart Shuts,” and “You Do Not Have to Be Good,” the speaker meditates on the relationship she has with her father, who, Barnes declares:

prepared me for a world
that would take, made me rise, ice-ribbed,
nimble. I learned how to make a fist,
how to spot a liar, how to look a thief
in the eye. Now, side by side,
we stitch and unstitch the violence
we inherited, talking of ruin
and survival, honor and fidelity,
mending and refitting our cracked armor,
begging my sisters to be kinder.

Other meditations on sisters, girlfriends, and stories of women who have also been assaulted, appear frequently throughout the collection, most notably in “Tenderness Is All I Remember,” “In the Pines,” “Place of Shelter,” “Incident on the Tram,” and “Deconstruction.” Lastly, in the poems “Medicinal Properties,” “Volta,” and “Don’t You,” Barnes addresses a lover who provides the speaker with stability and comfort:

Tomorrow I’ll untangle my body from yours,
face the daylight spread across the wall.
It’s happening now and happening all the time,
and I’ll be awake before you and our friends
making sure all of them are breathing, collecting
pieces of myself from them, from you.

As the speaker persists on her journey, we discover there is another war she is fighting: a war within her own body. In the poem “Side Effects,” we see how extreme this battle is as she is given shock therapy: “picture a flamethrower shot into a cavern, eye sockets / igniting.” Later, the speaker loses an entire year of her life, trying to overcome an illness medical experts can’t seem to detect.  In “Transcranial Magnetic Stimulation,” Barnes writes:

I lose days to a hospital wing
disguised as a quiet
apartment complex.

While I do nothing with this year, my sisters
return to school;

Studio Art: Printmaking
or they begin to sing
sweeter versions

of themselves, while here—
Nothing, the technician says.
Nothing again.

This poem falls under the section, titled “You Do Not Have to Generate Capital,” and comes after the poem, “Some Answers I Wrote on a Long Term Disability Questionnaire,” where the speaker must justify why she is unable to work. In the poem, “Dreamscape with Embryo,” Barnes also reveals how this disability affects not just the speaker’s work life, but her future family as well:

In my dream you were grape-sized
and wanted milk.

I had sparkling water, no milkbottle,
but I watched you bloom,

by medicine
Is there a remedy?

reading a study on women who stopped
their medications in order to become pregnant.

Many terminated one third of the way through,
as life had become dire, unlivable.

You Do Not Have to Be Good is a wellspring of empathy, guarded against the main stream norms of society that overwhelmingly disfavor queer disabled women. A battered and persistent voice pervades the collection: “throw your voice into this valley and it comes back / a mountain.” Barnes teaches us “you’ve done nothing / unforgivable. Say it.” Those who read her book are likely to “transform many times.” 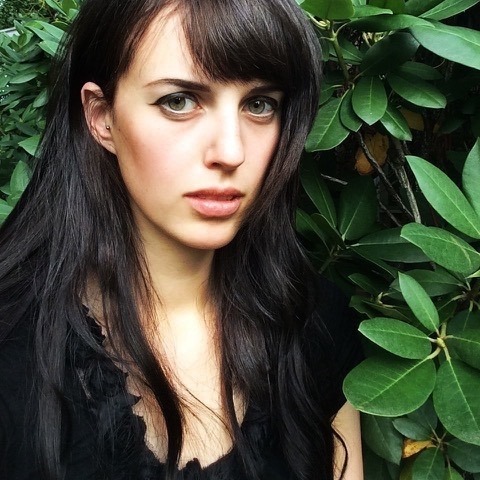 Madeleine Barnes is a writer and visual artist living in Brooklyn. She is a Graduate Fellow at The Morgan Library and Museum, and a Ph.D. candidate at The Graduate Center, City of New York. She serves as Poetry Editor at Cordella Press, a press that showcases the work of women and nonbinary creators. Her debut full-length poetry collection, You Do Not Have To Be Good, was published by Trio House Press in 2020. She is the author of Women’s Work (Tolsun Books, 2021), Light Experiments (Porkbelly Press, 2019) and The Mark My Body Draws in Light (Finishing Line Press, 2014). Her hybrid chapbook, The Memory Dictionary, is forthcoming from Ethel Press in 2022. Her work was featured in Frontier Poetry’s “Exceptional Poetry from Around the Web” series alongside poetry by former U.S. Poet Laureate Tracy K. Smith. She has been published in places like The Poetry Society of America: In Their Own Words, PANK, FENCE, Split Lip Magazine, and Tinderbox Poetry Journal. 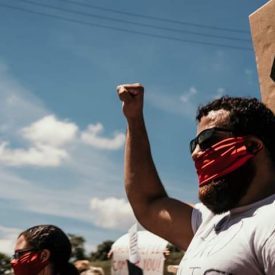 Phillip Border received his BA in Literature from Frostburg State University, where he served as chief editor for Bittersweet Literary Magazine. He earned his MFA in Creative Writing from Carlow University, where he served as the inaugural emcee for Carlow’s MFA Alumni Reading Series, Raising Our Voices. His published works have appeared in The Amistad, BackBone Mountain Review, Rigorous, Wingless Dreamer, and other journals. He is the two-time recipient of The Allegany Arts Council award for best poetry.